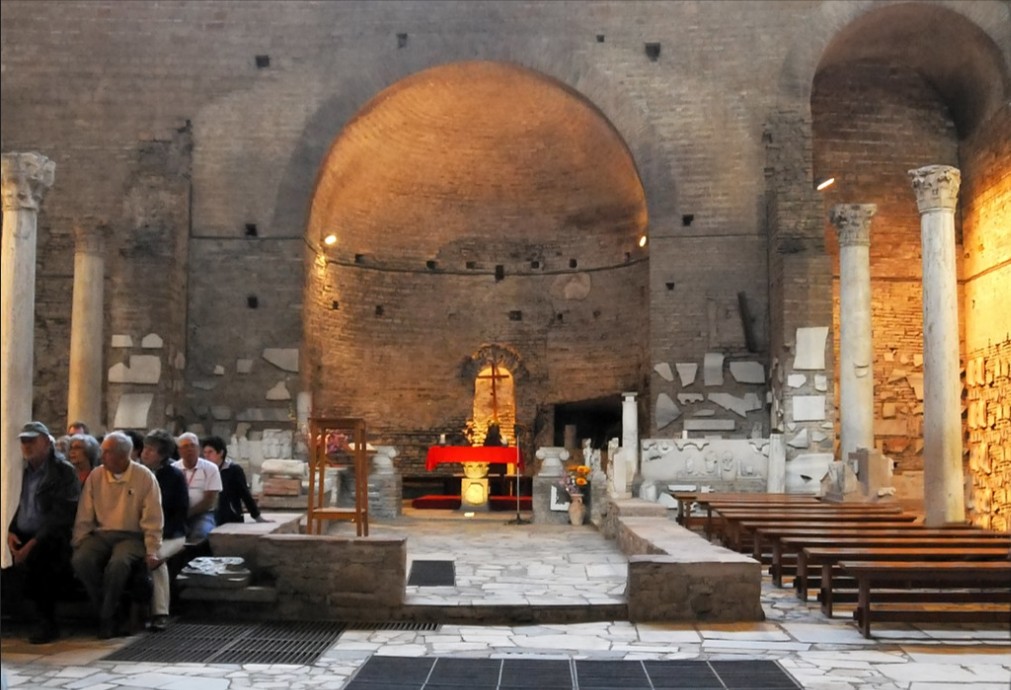 This is the story of the Pact of the Catacombs for a Church of the Poor and its long forgotten counterpart, the Pietralata Message, for a worker Church.

The story begins with a proposal by Brazilian Archbishop Helder Camara to hold two Eucharistic celebrations towards the end of the Fourth Session of Vatican II in October or November 1965.

Camara explained the proposal in a letter to his Brazilian colleagues:

As it turned out, the two masses did take place on successive evenings on 16 and 17 November 1965, just prior to the promulgation of the Decree on Lay Apostolate, Apostolicam Actuositatem, on 18 November.

The original order of the masses, however, was reversed. The Mass for a Poor and Servant Church was held first, not at Trastevere, but in the Domitilla Catacombs. It was there that the document later to become known as the Pact of the Catacombs was adopted by the bishops present.

The Mass for Workers took place the following evening at Cardijn’s cardinal’s parish church of St Michael Archangel in the working class Rome suburb of Pietralata. There, the gathered bishops adopted a second document, the Pietralata Message.

Much has been written about the Pact of the Catacombs yet little is known of the Pietralata Message.

This website presents them both pairing them again in the way that Helder Camara had originally intended and hoped.